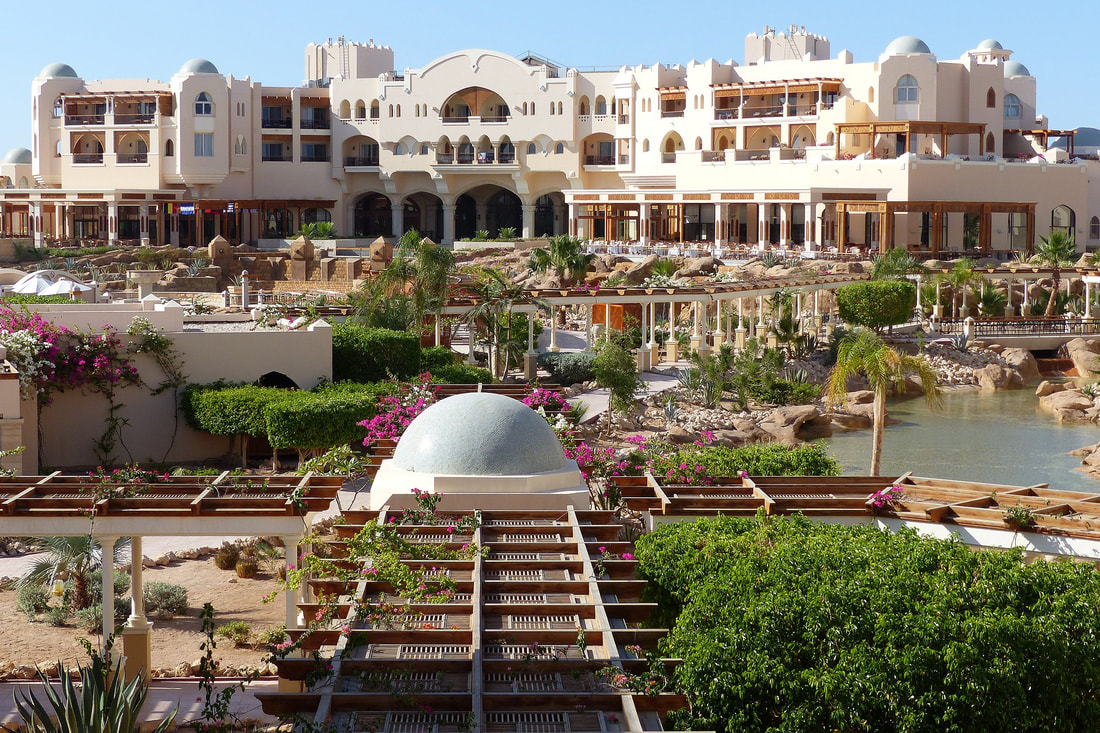 With most COVID-19-related restrictions being lifted and international tourism flows having strongly recovered, the hospitality industry in Egypt is performing well above expectations and better than that of neighboring countries.

In the first half of 2021, though, Egypt hosted 3.5 million tourists, and the preliminary data suggests stronger numbers for the second half.

"Generally, the rise in tourist flow can be explained by the ongoing pandemic situation in Europe. As lockdowns, as well as COVID-19 regulations, carry on in most countries, the temperatures are now starting to get lower in winter, and most Europeans would like to escape from the rather restricting life in their home countries to a pleasant vacation destination,” said Lars Pursche, general manager at Kempinski Soma Bay, near Safaga, Egypt.

The Egyptian hotel industry’s rebound has been spurred by the resumption in August of flights from Russia, which were suspended after the bombing of a Russian aircraft over the Sinai Peninsula in 2015 that killed all 224 people on board. Tourism has also been helped by Egypt’s removal from the United Kingdom’s red list in September, which led to increased flights from other European countries.
​ 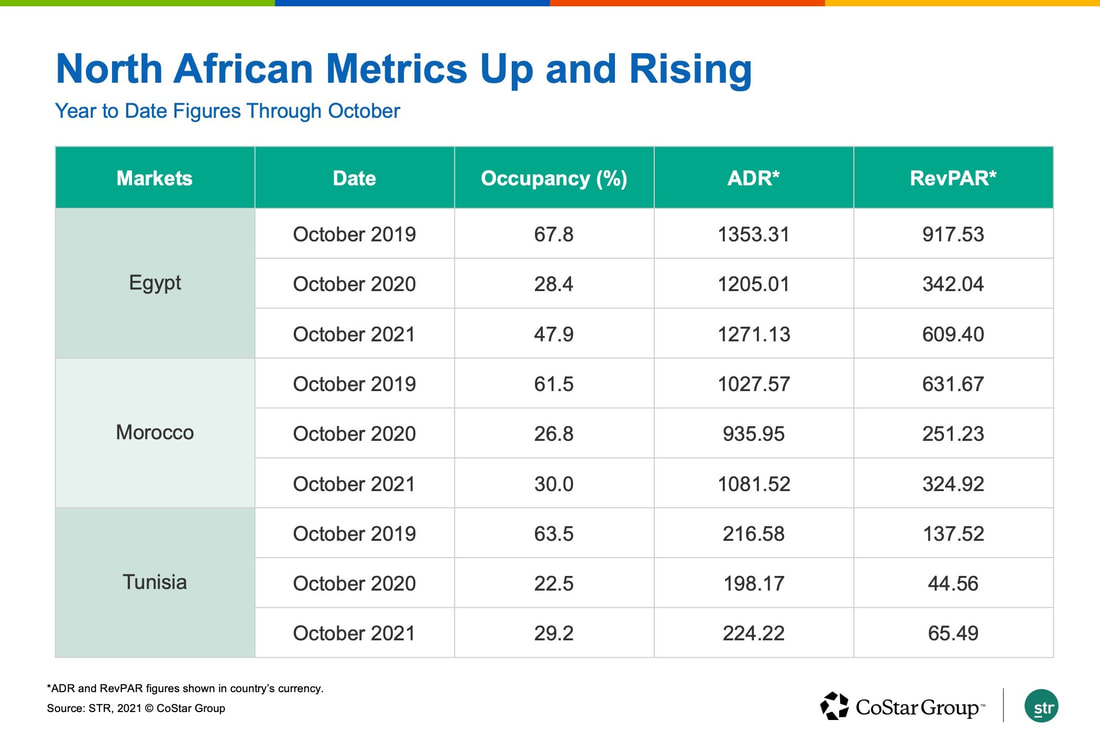 “Our occupancy rate has improved tremendously since September but still not as it used to be in pre-coronavirus times,” said Leila Ben-Gacem, owner of capital Tunis’ Dar Ben-Gacem Hotel.

“I am optimistic for next year as there are many initiatives in the field of tourism diversification development," she said.

“There is better attention to small tourism lodging, but also booking windows are much smaller, stays are longer and guests are more willing to adventure in small local restaurants or public transportations,” she added.

Morocco’s hotel industry also has managed a slight recovery from last year’s slump, according to data from STR.

Rachid Oubassou, cluster manager, sales and marketing, at Radisson Blu Marrakech, said “we felt a small recovery, not a full recovery. The COVID-19 virus has not disappeared. Today we know that the future can be better if the pandemic does not worsen.”

The recovery of Egypt's hotel industry has been constrained by government orders to limit hotel occupancy first to 50% and then to 70%.

The recent withdrawal of that rule is expected to fuel further improvement in operational performance.

“With the recent lift of the occupation limitation previously set by the government, hotels in Egypt may now accommodate guests again up to their full capacity,” Pursche said.

“We do expect a high demand over New Year's and a continuance of the previous seasonality trends that are typical for tourism in Egypt. Although there remains an uncertainty if foreign countries might close down for lockdown over the Christmas season, we are thinking positively and are looking forward to a successful year 2022,” Pursche added.

Noha Nabil, director of marketing and communications at Desert Rose Hotel in Hurghada, Egypt, said “once tour operators and charter flights were back, we can safely say demand and actual bookings were back to the pre-coronavirus level. Occupancy is back to normal.”
“Now we are allowed back to 100% [occupancy]. Since last winter, we are also back to normal tariff rates,” she said, adding expectations are bright.

“We are sold out with a versatile segmentation quota from our primary markets Russia, Germany, U.K., Ukraine, Romania and Belarus,” she said.

“A lot of flights are open, and we believe that within the last one and a half years of pandemic … people are able to better assess the formerly assumed risk of traveling. The epidemiological situation does remain unpredictable, but we believe the aforementioned state of mind might be the most relevant factor on why people started traveling again and are willing to spend more on their long-awaited vacation,” Pursche said.
​