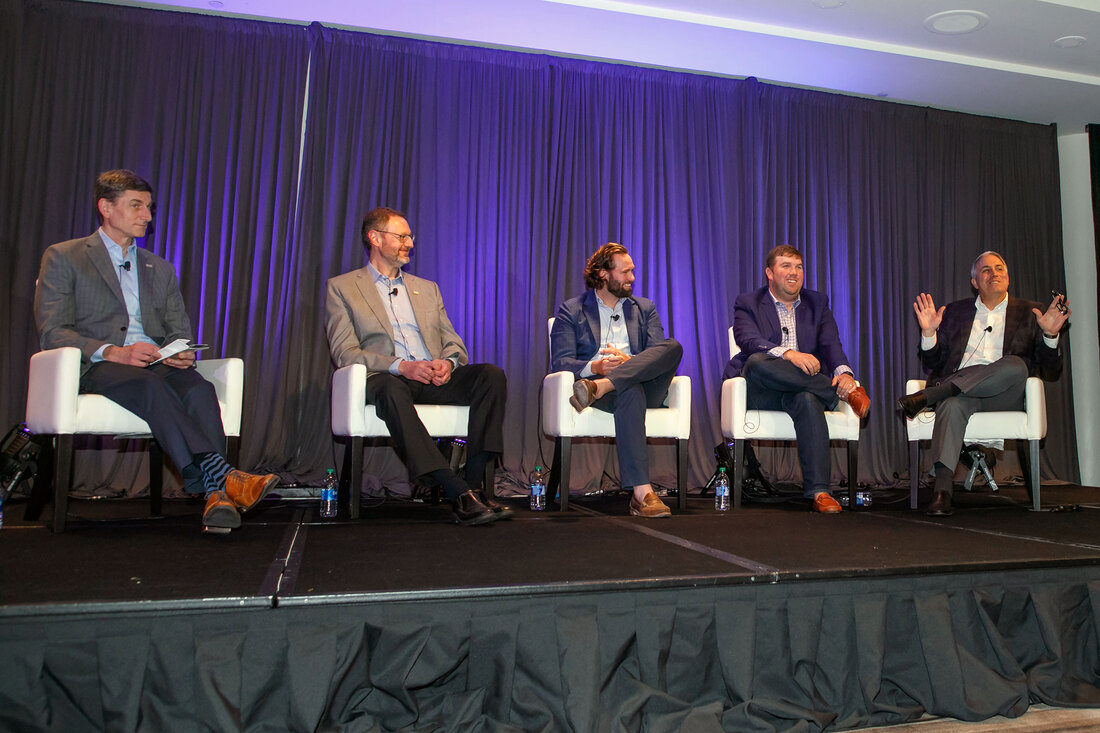 Hotel owners and developers looking to build new projects or renovate existing properties will run into a number of pandemic-related obstacles for the next few years.

During the “Your Next Step: Develop, Convert, Renovate” panel at the 2021 Hunter Hotel Investment Conference, industry experts spoke about how rising costs and shipping issues are making any project more expensive and difficult.

In a typical economic downturn, the hotel industry usually sees a contraction in production costs, but during the pandemic, the opposite has happened, said Eric Jacobs, Marriott International's chief development officer of North America for select-service and extended-stay brands. On top of cost increases in construction, labor, and FF&E (furniture, fixtures and equipment) reserves, there are supply chain issues further complicating things.

“What we’re all seeing is that everything is more expensive and taking longer, and yet [revenue per available room] is half of what it was in 2019,” he said.

As a result, over the next several years, the industry will see development slow to almost nothing, he said. Projections show roughly 0.5% supply growth when the long-term average is about 2%. Going back about 10 years, the time it took the industry from its low supply growth pace to reach 2% was about five or six years, and it’s likely to take a while for hotel supply to reach that pace again.
In studying its pipeline, Marriott found that in 2019, the time it took from project approval to opening was almost 40 months, Jacobs said.

“So almost three-and-a-half years to build a Courtyard from the time we approve it,” he said. “I can only imagine what it’s like today with supply chain disruption, labor issues, things like that. It’s only extending. It hasn’t gotten shorter.”

In a normalized market, Marriott would rather build a new Courtyard than do a conversion, Jacobs said. Lately, however, the company has been focused on conversion opportunities in markets it otherwise would hold for new-builds.

“This year our number of conversions has gone up exponentially and what we’re looking to look at, too, is broad,” he said. “I think you’ll see more conversions out there, at least for the next year or so.”

Construction costs are changing every day, said Grey Raines, managing partner at Raines Company. When a company priced out a project 90 days ago, the cost can be up by 9% by the end of that period. Raines has been using the same vendors, team members and consultants for a long time, and even with their buying power, it’s difficult to stay within budget.

Graduate Hotels was in an interesting place when the pandemic started, as more than half of its portfolio was less than three years old, including six new-builds that were less than 18 months old, Graduate Hotels President David Rochefort said. These hotels are ramping back up and competing against newly opened and newly renovated properties.

The company has delivered many new-builds, but the focus is back on conversions, he said. There are a handful of markets where the company would still like to do a new-build project, but the financing is extremely difficult as are the costs to start. Since Graduate is its own brand, the team can have the tough conversations among themselves about what they are willing to do.

Prior to the pandemic, Graduate expanded to Europe with the Graduate Cambridge and The Randolph Hotel by Graduate Hotels near Oxford University, both set to open this summer. Taking on these properties has proved a challenge of their own with the cultural differences, new standards and FF&E, Brexit and COVID-19, he said.

The company is looking at markets in the Southeast U.S. for new conversion opportunities, Rochefort said. The company just acquired a property in Waynesville, North Carolina, outside of Asheville, and it is continuing to develop in Charleston.

PIPs and RenosHotel brand companies have relaxed their renovation cycles to help owners during the pandemic, Jacobs said. In Marriott’s select-service segment, there are seven-year and 14-year renovations, but the company has given owners a break by pushing those requirements back a few years.

“At some point … you know we’re going to have to renovate our hotels,” he said.

As strange as it sounds, Marriott will open a record number of hotels this year, but that’s because they were projects started in 2019 and 2020, he said. After this year, there will be a big drop-off in openings. That means there will be an increased need for renovation work. For the 10 brands he oversees, there are roughly 3,000 renovations due starting next year.

Because of all the demand for construction work, FF&E and other materials as well as shipping issues, renovation work is going to take longer, he said.

“Don’t wait, get engaged relatively soon and start planning for that,” he said.

On top of that, many owners dipped into their FF&E reserves to help carry themselves through the pandemic, Jacobs said. That’s going to create a challenge for owners when it comes time to do a renovation. This may be what drives more transactions in the future as owners who held onto their properties now have to fund a property-improvement plan.

“That's what we saw last cycle,” he said. “It was actually when the renovations came to roost [and] when owners started to think again about whether or not to sell their asset,” he said.

Changes in ownership can require a larger property-improvement plan, Benjamin West President Alan Benjamin said. From an ownership perspective, either moving ahead with a renovation or selling will “add more fuel to the CapEx fire,” he said.

By 2023 or 2024, there will probably be an all-time record demand for capital expenditures, Benjamin said. That means owners can’t hire their project managers, general contractors, architects, designers, producing agents and logistics teams early enough. Getting them on board sooner means they can do a better job for hotel owners at the lowest possible cost.

“Be a really clear, decisive owner,” he said. “Know what you want to do, let everybody know what you want to do and don't change direction, because that also costs time and a lot of wasted energy.”
​
​​As a leading hospitality FF&E vendor, Bestar Hospitality can provide a complete range of custom FF&E supply and solutions from mock-up through project delivery to post-completion and aftercare services.