HOTEL FF&E VENDOR
Hoteliers Report How Operations Have Changed
Many hotels in California, New York, Colorado and Oregon are continuing to house the homeless in order to help stem the spread of COVID-19 by removing the most vulnerable members of the population from congregate settings like homeless shelters.

With the pandemic decimating business and leisure demand across the U.S., many hotel owners who would otherwise be faced with the prospect of empty properties are extending agreements with the U.S. Federal Emergency Management Agency, which is collaborating with city and county agencies to pay nightly room fees on behalf of the homeless.

Additionally, some states and municipalities are reaching agreements to buy hotels and motels outright in order to convert them to housing units for the homeless.
​ 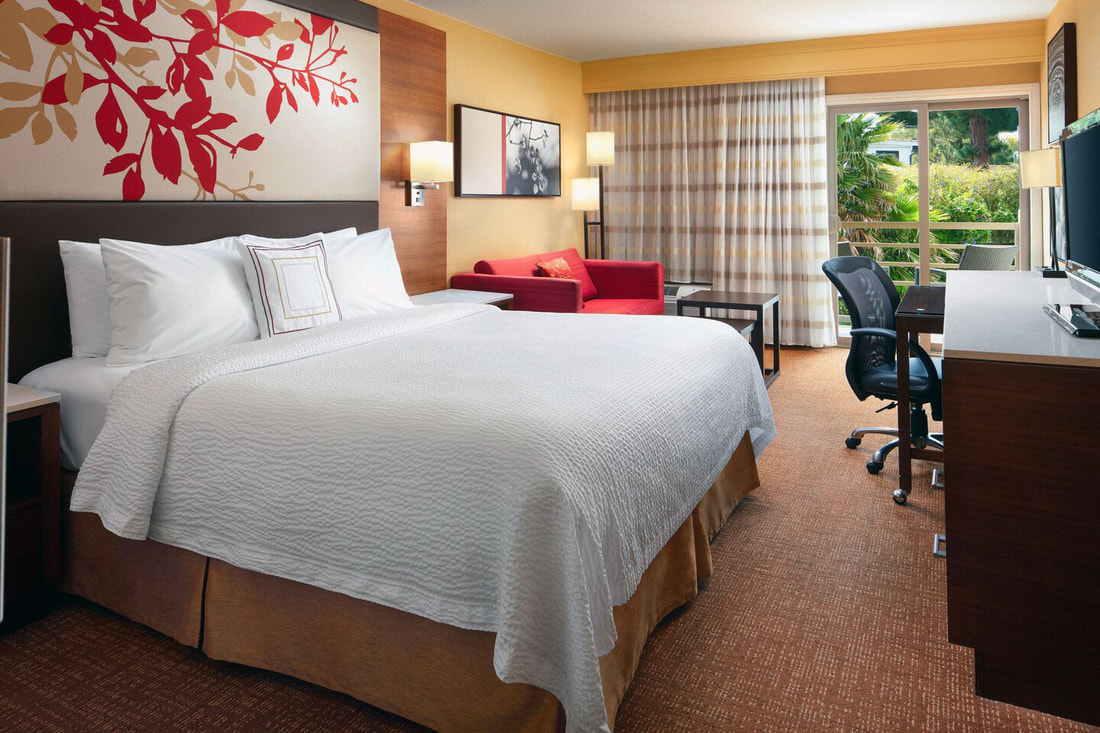 Since various states began invoking stay-at-home orders in March, the number of homeless people who have been housed in U.S. hotels and the number of hotels that have participated in such programs are unclear. Additionally, major hotel companies such as Marriott International, Hilton and InterContinental Hotels Group haven’t disclosed specifics about their properties’ participation because many if not most of the homeless-housing agreements have been reached through independent franchisees.

Still, California Gov. Gavin Newsom estimated in a Dec. 18 statement that Project Roomkey — a partnership between the state and hoteliers that debuted in April to house homeless people during the pandemic — had sheltered more than 22,300 homeless people in more than 16,000 hotel and motel rooms across the state. As part of the program — the first of its kind in the U.S. — the state directed $62 million in November to counties in order to continue to fund the shelter programs.

“It’s a pretty bleak situation,” said David Hutton, general manager of the 136-room Courtyard by Marriott Los Angeles Century City/Beverly Hills, which is owned by Pacifica Hotels and has been participating in Project Roomkey since its inception. “A lot of the original guests were coming from shelters. Now, we’re getting them from homeless encampments.”

In New York City, where about 75 hotels and motels had been housing some of the homeless population prior to the pandemic, owners of more than 60 hotels have since signed contracts with FEMA to provide housing to the homeless, according to Vijay Dandapani, president and CEO of the Hotel Association of New York City. Dandapani declined to identify which hotels are working with FEMA.

In Colorado, Denver has collaborated with the nonprofit Colorado Coalition for the Homeless to lease six properties totaling more than 800 hotel and motel rooms that have housed more than 3,000 people since last spring, according to Derek Woodbury, communications director with the Denver Department of Housing Stability.

The Colorado Coalition for the Homeless had previously acquired a motel and converted it to studio apartments to house the homeless.

“We were able to bring affordable housing online in six months instead of the 18 months it usually takes to build,” said Cathy Alderman, vice president of communications and public policy at the Denver-based Colorado Coalition for the Homeless, who declined to identify which motels are being leased out for homeless-sheltering purposes. “As the crisis wore on, we realized we needed to bring on more places because people staying in shelter settings were high-risk [for COVID-19 infection], but we don’t have the capital to buy six motels as a nonprofit.”

Additionally, some hotels and motels are being sold outright in order to provide shelter. In December, Oregon’s Project Turnkey, which received $65 million in funding from the state’s emergency board, announced that it would buy 20 motels to provide about 1,000 rooms for shelter. About half of the funding will be used to buy motels to provide safe-distance shelter for homeless people, while the other half will be used to acquire properties in areas affected by recent wildfires.

And elsewhere in California, the San Diego City Council in October approved $106.5 million to acquire two Residence Inn by Marriott hotels with a total of 332 rooms to be redeployed to house the homeless, according to the San Diego Union-Tribune. As part of the approval, nonprofit organizations People Assisting the Homeless and Father Joe’s Village were awarded one-year contacts to manage the properties.

While many of the hotels in such programs are branded, the major U.S. hotel chains have had little direct involvement, as the decisions to lease out properties appear to have been made by franchisees.

A statement provided by Hilton noted the company “is open to being a positive part of the solution and having hotels in our network used as alternate accommodations. At the onset of the COVID-19 pandemic, we shared information with our ownership community on things they should consider related to housing different populations. Some of the important considerations suggested included protecting the financial and physical wellbeing of our team members, adhering to the relevant brand standards, and ensuring a hotel can safely welcome guests when it re-enters the system.”

Hotel and motel owners are leasing out their properties to FEMA and other administrators at a discount in order to at least partially stave off the impact of some of the lowest hotel-occupancy rates on record. For full-year 2020, U.S. revenue per available room plunged 47.5% from 2019, as room rates dropped 21.3% and occupancy fell to 44%, according to STR, CoStar's hotel research and analytics company.

Meanwhile, the U.S. continues to grapple with rising waves of COVID-19 infections. The U.S. seven-day average of new daily COVID cases, which in fall fell from a midsummer high of about 73,000, has since spiked to more than 250,000, according to data compiled by The New York Times.

“You don’t want a massive rampage of COVID, and obviously, our hotel owners were desperate,” said Dandapani, whose hotel association helps administer the FEMA program by processing payments and ensuring the hotels comply with city codes and occupancy rules. “Those two prongs guided us.”

For hoteliers, the trade-off for filling empty rooms is lower rates, operational tweaks and the likelihood of extensive capital improvements such as the need to replace FF&E (furniture, fixtures, and equipment) before opening the hotels back up for travelers. Dandapani estimates that FEMA is paying $100 to $120 a night for rooms in a New York City market where 2019’s average nightly room rate was $255, according to STR. Hutton estimated that the nightly rates paid at his Los Angeles hotel were “more than 50% off our retail rate of about $250.”

Alderman said nightly rates paid at the Denver motels are in the $60 to $100 range, which are “a little lower than average.”

Then there are the operational responsibilities, which can change from property to property. For instance, in Denver, the property owners maintain the motels, while the Colorado Coalition for the Homeless cleans the rooms and works with its partners to provide meals. Hutton, whose hotel has reduced its on-site staff to about 14 employees from 50, says that while his staff maintains the hotel, Los Angeles-based nonprofit organization St. Joseph Center provides security, administers temperature checks and tracks guests, who must abide by a 7 p.m. to 7 a.m. curfew in order to keep their rooms.

“My direction is that you treat these guests like Marriott guests, though sometimes you have to draw the line,” Hutton said. “For the most part, the guests respect the hotel staff.”

Additionally, hoteliers will be tasked with preparing their properties for travelers once the impact of the pandemic begins to recede. Alderman says the Denver contracts require the hotels to be returned “in the condition where we received it.” Yet Dandapani expects for most if not all of New York’s participating hotels to spend “big bucks” replacing carpets, furniture and lobby furnishings prior to taking travel reservations again.

“Once the contract’s over, we’re going to go straight into a renovation,” Hutton said.

Additionally, the hotels only appear to be solving, albeit temporarily, a fraction of the homelessness issue. While the National Alliance to End Homelessness reports the number of Americans who’d experienced homelessness fell to about 568,000 in 2019 from about 630,000 a decade earlier, other estimates peg the number at more than 1 million, many of whom live in shelters where COVID-19 can be easily transmitted.

As a result, despite the hoteliers’ efforts, most homeless people remain either out on the streets or in shelters. Hotels on average housed about 18% of the overall U.S. homeless population, including about 11% in major cities, Washington, D.C.-based Urban Institute reported in August.

Still, both Hutton and Alderman said that some of the homeless guests at properties in Los Angeles and Denver have since found more permanent housing.

“I don’t think people know what a stay-at-home order means if you don’t have a home,” Alderman said. “Once someone has a safe place to be, to get meals, to shower regularly and have clean clothes, you really start to see attitudes normalize. They’re just like you and me.”