HOTEL FF&E VENDOR
LG TVs are among the most common television brands that you can find in hotels, and one of the most frustrating things that can happen is finding out that the remote control is broken or even missing completely. If you want to be able to watch television, you need to know how to reset hotel LG TV without the remote; otherwise, you’re going to end up with an expensive piece of room décor that you won’t be able to adjust for the duration of your stay. 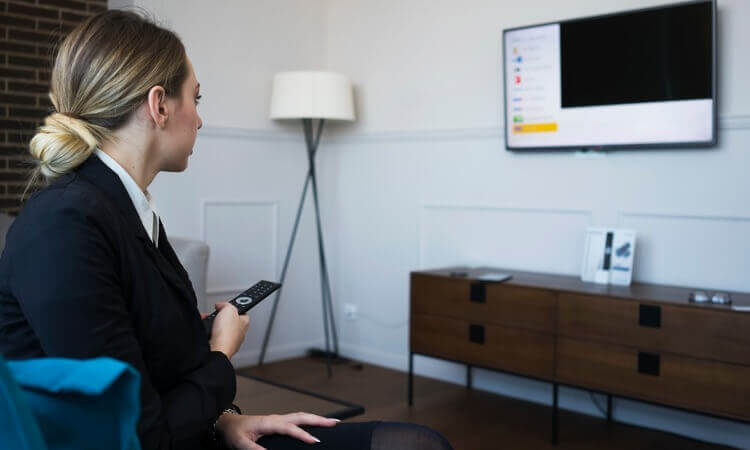 What is the LG TV Hotel Mode?

Since many LG TVs are designed specifically for commercial use, it is no surprise that they are one of the most popular brands for hotels. LG TVs are sleek, professional-looking, and perfect for hotel rooms because they are space savers. However, most hotels will not change the default settings of their LG TVs, which means that you might encounter a TV that is locked in “Hotel Mode”. What’s more, many LG TVs do not have buttons on the device itself, which means that you need to use a remote or find a workaround to adjust the settings. Find out how to reset hotel LG TV without remote if needed by following the steps we will provide.

“Hotel Mode” is a default mode in LG televisions that disable the channel search and setup options on the unit. This mode is used to prevent people from experimenting with their television sets and watching questionable content. However, it will also prevent you from accessing any channels that are not pre-programmed into the television. It will also prevent you from connecting any consoles or other gadgets to your television, such as gaming consoles or screencasting devices.

If you want to remove hotel mode on an LG TV without a remote, the easiest way to do that is simply unplugging the television from the network. Removing the television from the network can disable any restrictions set by the hotel. At the back of the TV, look for any cables plugged into the unit beside the power cable. Once you find it, remove them. However, don’t forget to replace the cables before you leave.

If LG TV is a smart TV, you can also use your smartphone! Download a digital remote app such as the AnyMote Smart Universal Remote App on your smartphone and connect the app to the TV. Open the app and find the INSTART option on the menu. Input the passcode – for LG TVs; the passcode can be 0000, 0413, or 1105 as long as the network administrator did not change it from the default code – to access the INSTALLATION menu. Change to your desired settings and exit the menu from your smartphone. You can also do the same steps on the LG Remote app.

Before you tinker with the Hotel Mode, make sure that you are careful with changing any of the settings. If you modify settings that you are not familiar with, you can end up accidentally “bricking” the device, and the hotel might charge the damages to your credit card!
​
The Manual is Your Best Friend

If the tv looks brand new, know how to reset hotel LG TV without remote by merely referring to the manual. Try checking around your hotel room if the manual is available. Otherwise, you can check on the official LG website and look for the manual for your television there. You just need the tv’s model to find the appropriate manual.

Once you find the manual, you can look for a section on how to reset hotel LG TV without a remote. Some manuals have information on this, and it is usually found in the “Privacy” or “Lock” section of the manual. If applicable, just follow the directions on the manual. Not only is this your best chance to reset the tv correctly, but you will also be lessening the risk of damaging the device.
Do a Hard Reset on the TV

Another possible method that you can do on how to reset your hotel LG TV without a remote is by doing a physical rest. When you do a hard physical reset, you can eliminate the locks and restrictions on your television.

Test the television to make sure that you did not damage the unit before using it.
​
Use a Console (If You Have One Handy)

If you have a gaming console such as a PlayStation or Xbox on hand, you can also use the console itself to reset your tv. First, turn off your television but do not remove the power plug. Next, connect your console to the television by plugging in the HDMI cable or VGA cable. Afterward, remove the cable connecting the television to the hotel’s network. Finally, turn your TV back on. If this method works, you should be able to adjust the TV settings without any difficulties.
Buy a Universal Remote

If you’re staying for a considerable amount of time at your hotel, the easiest way on how to reset hotel LG TV without a remote is simply by buying a cheap universal remote. Program the universal remote to work on your television by putting in the LG code. The code for LG TV is a 5-digit code:
Conclusion

There you have it, a list on how to reset your hotel LG TV without a remote. Try playing around with these methods to see which one will work for your television. However, you should exercise caution, especially if you are changing the television settings because it can easily damage the device. If you are unsure, the best way for you to reset your LG television is either downloading a universal remote-control app on your phone or going out and buying an actual universal remote.