HOTEL FF&E VENDOR
To perform its functions effectively, housekeeping in a hotel uses highly consumable products and that need to be replenished regularly. These consumable items include cleaning products and implements, toiletries, and other hotel room amenities. Housekeeping then comprises a big chunk of a hotel’s budget. Moreover, aside from incurring substantial expenses, housekeeping also entails predicting the rate at which these items are consumed, having a sense of how much to order so that nothing goes to waste, and ensuring that the team functions without spending beyond the budget allocated. Foresight is needed to make these calculated predictions, and it takes a special skill to know how to make hotel housekeeping budget.
​ 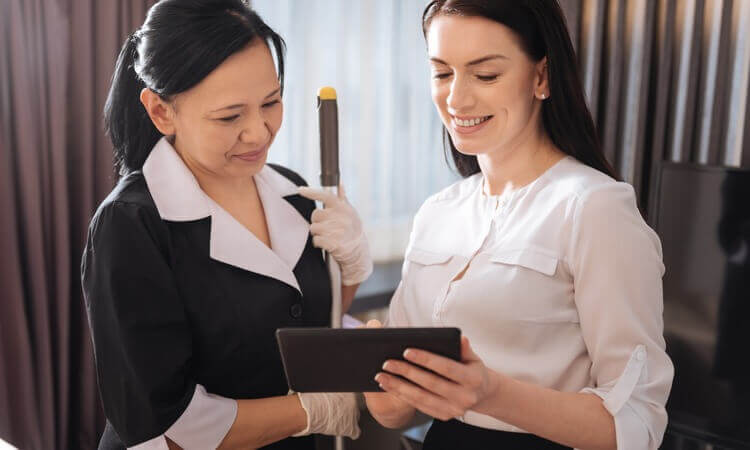 Why is there a Need to Prepare a Budget?

It is necessary to familiarize yourself on how to make hotel housekeeping budget so that a hotel’s limited resources are efficiently apportioned for housekeeping’s many needs. Preparing the budget requires time, research, discussions, and consultations with the housekeeping team and other internal stakeholders. A housekeeper tasked to prepare the budget must look at the past budgets made, and the actual expenses incurred by the department. He should keenly take note of the trends in spending and find out probable reasons behind these. For example, has there been an increase in tissue paper consumption compared to the previous years? How should this finding then affect the new budget being prepared? Would increase the budget allocation on this item help housekeeping directly contributed to the goals of the hotel? Each budget item has to be carefully considered and thought about and later on, justified as to why the hotel should spend on these.

To get started on how to make hotel housekeeping budget, it is important to know the following budget types:
How to go About Preparing a Budget?

How to make hotel housekeeping budget – you need to know your priorities. Some things need to be considered in preparing a budget:
The Operational Budget
The Operational Budget will comprise the most number of items with salaries and wages, cleaning materials and supplies, laundry, toiletries, etc. classified under it. A factor that will significantly determine operational expenses is to forecast room occupancy in the following year. The higher the room sales that an executive housekeeper foresees, the higher the expense on consumable items as well. For example, more soap and shampoo are used, and cleaning and disinfecting become frequent. More support may be needed in carrying out services, thereby possibly translating to more salaries and wages. In the hospitality industry, there is this concept called ‘cost per occupied room’. This is a Key Performance Indicator (KPI) that helps measure and analyze whether a hotel room’s operating costs are reasonable.
​
Conclusion

The executive housekeeper must do his or her best that the team operates within budget, as underspending or overspending may pose questions that would require explanations or justifications. Also, suppose the current expenses are lower than the current budget. In that case, the remaining amount must be saved and carried over to the following year, instead of being used on anything unplanned. Also, a fundamental challenge for an executive housekeeper is how to make housekeeping hotel budget prudent. Now that’s how to make hotel housekeeping budget.